December 2016,   Dear Friend,   Toronto real estate board members reported  the sale of 8,547 homes in November 2016. This result represented a 16.5% increase compared to November 2015. The average price of a home was up approximately 22% compared to a year ago, and now stands at $729, 849.   The talk of lack of inventory, increase in prices, strong demand and buyers frus...Read More

?November 2016 Dear Friend, The Toronto real estate market continued its torrid pace with the sale of 9,768 homes. The largest annual rate of sales growth was in the condominium apartment market segment, primarily due to the affordability factors, as other home types prices continue to move out of the reach of some first time buyers.   The big news in October was the CBC’s Marke...Read More

October 2016 Dear Friend, September marked another huge month of sales as Toronto area realtors sold a record 9,902 homes. For the region as a whole, strong annual rates of sales growth were experienced for all major home types. The pace of detached sales growth was slower in the City of Toronto and the number of semi-detached sales was down compared to last year.     The av...Read More

Enter Blog Post HereJuly 2016 Dear Friend, As of the end of June, Toronto Real Estate Board members sold 60,293 listings, another record month. On average 54% of all the sales in a given year are done in the first 6 months, and that means that another 51,000 homes will be sold by December 31st.. Historically May is the busiest month of the year (10.77% of the annual sales) and it’s...Read More

June 2016   Dear Friend, Once again, the Toronto Real Estate Board has experienced a new record for home sales. May’s sale of 12,870 homes, marked a 10.6% increase over the same period last year. While sales were up, the number of new listings taken was down 6.4% thus exacerbating the shortage of homes for sale which has resulted in the price of homes increasing once again. The average...Read More

Dear Friend The Toronto real market continued its torrid pace with the sale of 12,085 homes in April, the best April in the 100 plus year history of the Board, and up 7.4% over April 2015. While the average price in all of the Toronto Real Estate Board marketing areas for all types of residences now stands at $697,679, the price breakdown for local areas is as follows: City of Toronto   ...Read More

August 2015. Dear Friend, The Toronto Real Estate Board announced record home sales…. Again! The 9,880 homes sold through the MLS system, represented an 8% increase over July 2014, with the average year to date sales price for the whole MLS system standing at $622,557. The number of transactions were up for all major home types, including a double digit year-over-year increase in cond...Read More

Dear Friend, I am constantly asked whether the media is correct, that there will be a market correction. A market correction has been predicted since 1998 but so far it has not occurred. The reality is that at some point there will be a lack of demand for real estate brought about by fear or perhaps large increases in interest rates. This fear will create a temporary drop/correction in the value r...Read More

April 2015 Dear Friend, Toronto Real Estate Board REALTORS reported 8,940 sales in March 2015, an 11% increase over March 2014. Sales were up for most major home types, both in the City of Toronto and the surrounding regions. The number of homes available for sale increased to 15,295, but remained 5.5% less than March 2014, indicating tighter market conditions. While the average year to date hom...Read More 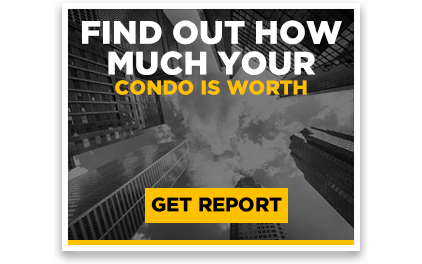